Algoriddim's new djay for iOS has moved to a subscription model, and includes beat-matching, A12 Bionic machine learning, plus iPad Pro USB-C support. 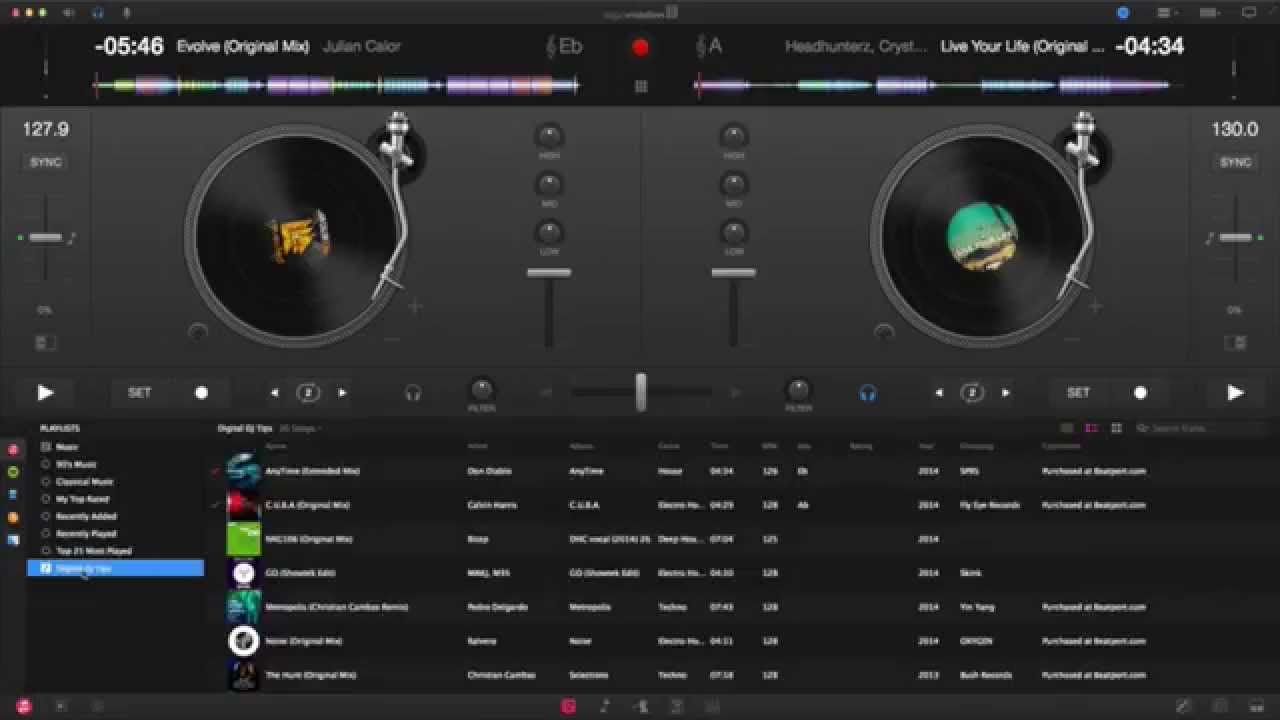 During the October iPad Pro event in Brooklyn, New York, Apple briefly showed off an upcoming version of djay by Algoriddim.Today, djay 3.0 was released on the App Store as a universal app that’s free to download with premium features available as a subscription.

Algoriddim has been making djay for iPad, iPhone, and Mac for eight years, winning Apple Design Awards and being featured in Apple Keynotes along the way. The new version is a unified one across all of Apple's iOS hardware, with a bunch of new features added, and older ones improved.
djay classic mode on iPhone
The app launches in Classic Mode, with two turntables and a mixer. Load up two songs and mix between them, and virtual grooves are drawn on the screen so you can identify the breaks in the music. You can apply one of five free effects to either track.
The simplest way to mix is Automix mode. In Automix mode, you view all your tracks, and with one tap, djay mixes all of them with optimal transition points using machine learning and the 'AI Automix engine.'
Automix mode in landscape. It works in portrait as well.
The new version also has Spotify integration, giving you access to a huge library of songs if you're a Spotify subscriber. The integration allows users to match songs that go well with what's currently playing, and provide a list of matching songs based on danceability, BPM, key, and music style. It's also able to save songs to Spotify collections and playlists from within djay.
If you have a Pioneer, Reloop, or Mixtour controller, djay is able to work with it immediately. All these features are free, where different versions of djay used to be paid-for apps.
What's different now is that djay is moving to a subscription model, and unlocking pro features with the subscription. In addition to the supported controllers in the free level, a paid subscription unlocks support for over 50 MIDI controllers from Pioneer DJ, Reloop, Numark, Denon DJ, and others. It also adds an advanced MIDI learn system to map each control on users' hardware individually and enables support for Bluetooth MIDI.
Subscription also unlocks unlimited access to a 1GB library of samples, loops, FX, and visuals with content provided by Loopmasters, Future Loops, DocOptic, Sugar Bytes, and others, and a looper and sequencer, so you can begin performing tracks in addition to mixing and spinning. Users who want to make it into a performance can load up the grid-based Looper with up to 48 loops, and djay will time-stretch them and match them to the beat in real-time.
Cue points!

A pro subscription also turns on video mixing, with output support to external displays. There's a library of visualizers in djay that work with this feature. If you have a new iPad Pro with USB-C, you can use external displays and be connected to DJ hardware at the same time.

The looper when used with visual mixer
Turning on the subscription also enables an advanced media library with playlist editing and management, smart filters, and iOS drag and drop integration with the Files app and Dropbox.
Djay takes advantage of the power of the A12 Bionic processor. Every sample in the new looper can be assigned a video clip that plays in time with the audio. With the power of the A12 Bionic chip, you can now mix up to ten videos in real-time, right on the iOS device.
Earlier, we mentioned the Automix AI engine. An AI is only as good as the training that gives it the data to work with. Here, Algoriddim trained the AI using training sets from human DJs.
Automix AI intelligently identifies rhythmic patterns and the best intro and outro sections of songs. It then calculates optimal fade durations and automatically applies parameter changes to EQs and filters for a seamless transition. Users can fully customize their preferred mix settings and start the automix with a single tap.
djay also now includes Ableton Link, a protocol Ableton developed that allows apps from multiple vendors to all sync up to the same beat on a shared Wi-Fi network. Inclusion of Ableton Link means you can use djay to jam with friends using desktops or compatible mobile apps, and your djay beats will play in tempo with the their applications.

The new version of djay is available now on the App Store for free, and comes with a seven-day trial of all pro features.
Upgrading to a pro subscription for all the sounds, visuals, and other features is priced at $4.99 a month. Existing customers who purchased a version of djay in the past on iOS are eligible for an entire year's subscription for $9.99 —$30 off the standard pricing, or a year for two month's price.
The new djay for iOS is compatible with any iPhone or iPad running iOS 11.2 or later.