In this feature I ditch the recording studio and take a look at the best portable interfaces for GarageBand musicians who want the freedom to record anytime, anywhere.

The beauty of an app like GarageBand for iOS is that you no longer need to spend ludicrous amounts of money renting studio time or wait until your ‘big break’ to write, record and release your own music.

If you want your DIY music to sound its best however, you’ll need to ditch that inbuilt mic on your iOS device and invest in an audio interface of some kind.

There’s tons of choice out there and it can be hard to work out what interface is right for you. I’ve brought together 3 of the best portable recording interfaces on the planet to help you narrow down your options.

Compact, portable, and easy to use, the Roland GO:MIXER makes it simple to record high-quality audio with your iDevice.

With multiple inputs available, you can connect a mic, musical instruments, and media players and mix them all together at the same time.

The unit features the ability to combine five sources at once via inputs for a ¼” jack vocal mic (no XLR input or +48 V Phantom Power here), guitar, stereo keyboard, and two stereo line-level devices (such as music players, drum machines, etc.).

The quality is great, assuming you don’t clip/peak the audio. There is a dial for each main instrument input as well as a master volume dial to adjust as appropriate. The GO:MIXER also has a peaking LED which is useful to have.

All in all this little box is incredibly versatile, though the lack of XLR input or 48v Phantom Power would definitely prove limiting for some.

Focusrite has a great track record for producing extraordinarily high quality USB and Thunderbolt audio interfaces for Mac and PC. With the iTrack Solo Lightning, they’ve packed most all of the killer features from their range into this little box.

While it is smaller and lacking a few of the features of some of Focusrite’s more expensive units , the iTrack Solo packs enough of a sonic punch to hold its own against most other interfaces at this price range.

The mic preamp used here series are nothing short of phenomenal, giving you clean and clear recordings every time. There’s also +48 V Phantom Power available, so you can use a studio quality condenser microphone to really push the quality of your recordings to the next level. 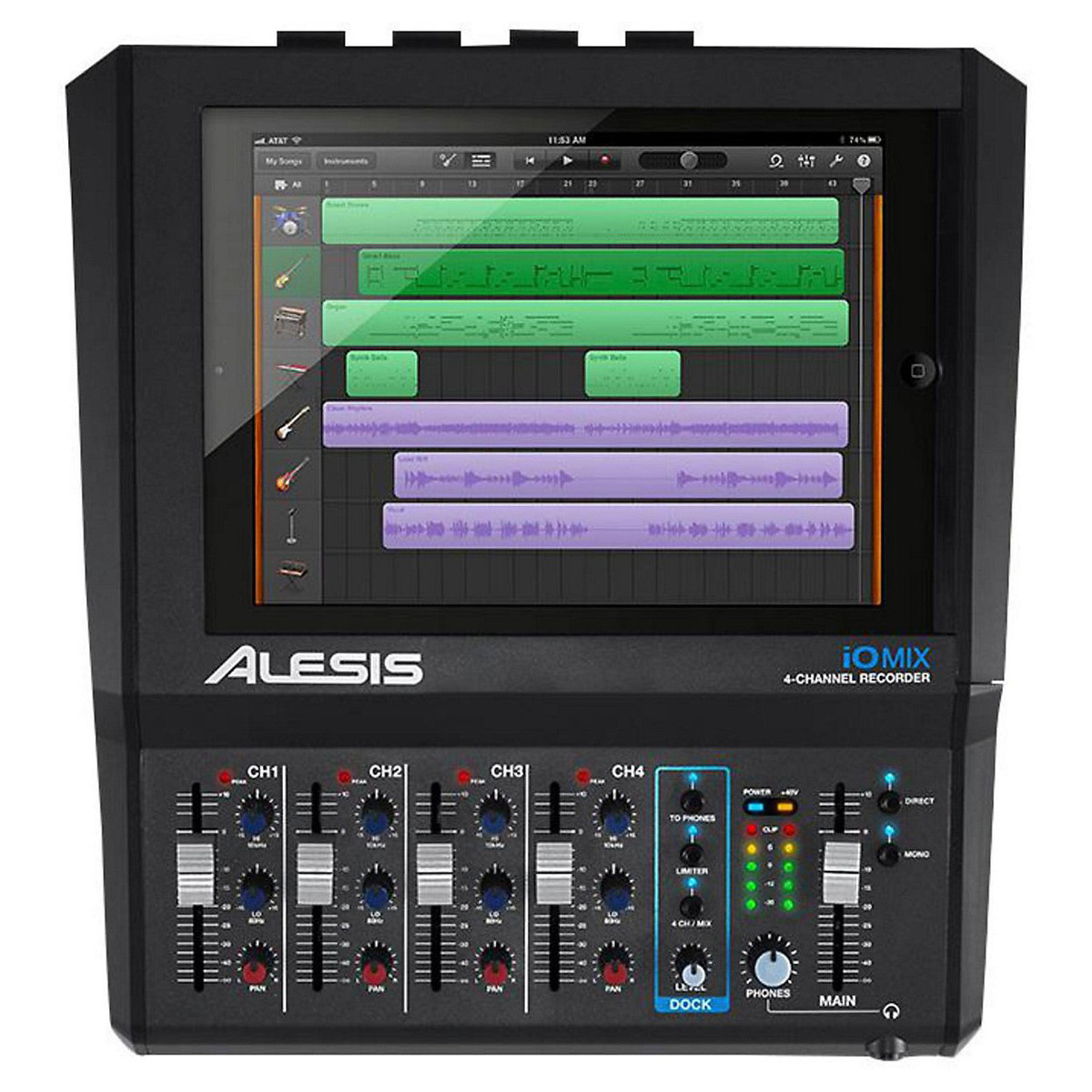 Super-low latency brings confidence to your performance, letting you record and monitor with software effects in real time.

New gain controls and a sleek metal chassis underscore its industrial design – this thing can take one hell of a beating!

Its designed to be “plug and play” and easy to use with all of your gear — studio mics, vocal performance mics, guitars, basses, keyboards — whatever it is, iRig Pro I/O can probably handle it.

It features a new 1/8″ stereo headphone out with preamp and level control, making it compatible with even the most recent iOS devices. Plus, when used with the optional DC power supply, the unit will charge your iPhone or iPad while in use for unlimited playing and recording time – super handy!

The Pro I/O also features a new MIDI Out jack that gives you even more flexibility and control over your outboard MIDI gear.

Despite it’s small size the iRig Pro I/O has it where it counts, packing the features you’d expect from a full scale audio interface into it’s sleek form factor.

There you have it, that’s my top 3 favourite portable audio interfaces for use with GarageBand for iOS.

How To Connect Mixer To Ipad Garageband

/omnisphere-2-steam-folder-does-not-have-write-permission.html. Take this writing as only what worked for me. (for Omnisphere)Ya I played around with that short-cut pointing to the.dll for two long.My guess are your folders are not in the ProgramData folder.I am not a PC guru.